In spring 2014 I went from New Zealand to Spain to do an internship for six months. At that time I tried to settle down in Ávila. To meet new people I went to the tandem of Ávila which helped me to socialize. In the first week I went to a concert in the city […]

Published on July 10, 2014by jesson Personal

In spring 2014 I went from New Zealand to Spain to do an internship for six months.

At that time I tried to settle down in Ávila. To meet new people I went to the tandem of Ávila which helped me to socialize. In the first week I went to a concert in the city with some people. That was the first evening I met Gonzalo for the first time.

How we met – Just the beginning

I have to say my first impression of him was positive because of his beanie he worn. And he seemed opened-minded but I couldn’t understand a word of his Spanish – for me every word every sentence seemed like a big big question mark. (Maybe that could be a reason why we didn’t talk a lot on that evening – but the party was great!)

I remember the following meeting with the tandem, he asked me if I want to join to go skiing. “Skiing? In Spain? WHAT?”, was the only words which came to my mind.
After he called several of friends asking for skiing equipment and because I like to be spontaneous I went skiing the next day. And of course there was snow! (I felt kind of uneducated hahaha but in Spain there are high mountains covered with snow in winter and spring. Amazing!) 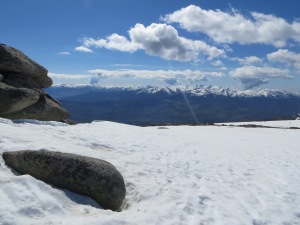 So that was kind of our first trip we’ve done together!

The next days and weeks we have seen each other occasionally. I mean yeah he told me every now and again if I’m bored or if I want a good tourist guide for traveling to other cities I could have called him. But I’m honest, I really didn’t want to bother him. I felt like he’s a busy guy and has better things to do than to entertain me – by the way actually I didn’t know anything about him except his name! 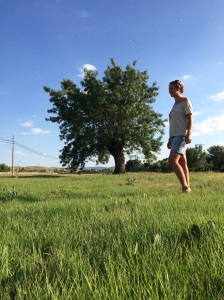 One day I’ve got a surprising message from him: “I would like to take some pictures of you!”, I think more or less in that kind of way.
Well, of course I started thinking about: “Who is him? Why does he want me to model?” So I’ve got curious and told him: “I think I don’t know anything about you!”
Another day we met kind of coincidently on the street and went to have a drink and tapas in his favourite bar and that was more or less the first longer conversation we had which I really enjoyed. Finally he told me what he does and plenty of other funny stories of his life. We had a lot of fun sitting in the bar, drinking coke, eating his favourite potatoes and talking talking talking. After that I went home with a big smile on my face and I didn’t know why I felt so happy but I simply was! (Sometimes you better don’t think too much, just let it flow!)

Afterward we met every now and again, had plenty of good conversations about freedom in life and in a relationship, about being independent despite a boy-/girlfriend, about traveling and more.
Sadly my plan about the internship changed: I decided to quit it because I was not happy about that job and I missed traveling a lot. Within a week I planed to walk the historic St. James to Santiago de Compostela along the north coast and I think it was the best decision I could have made!

(I mean now there is the part I don’t know how and why everything happened but sometimes things happen and they’re good.)
As closer the day to leave came as more Gonzalo and me were in touch. The countdown was on, five days to go until I left and we almost met every evening for partying with friends.
(Now there’s the part the real ‘love-story’ starts but for you I try not to make the story too kitschy and romantic, I mean everybody needs some privacy :P) 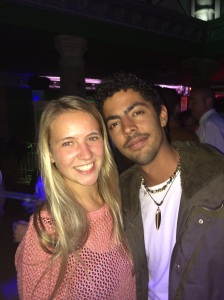 One evening while partying we went out because Gonzalo wanted to say goodbye, we sat on a bench, talked a bit, he came closer and suddenly he kissed me – I think he wanted to test if he sees all those fireworks like in the movies of Hollywood, bum bum bum! (Probably he saw them, because we’re together now.)

After that nobody of us knew what’s gonna happen next because I was about to leave Ávila and was undecided about my next steps after the walk – going back home or stay and traveling in Spain?
But what we didn’t know was that the “goodbye-kiss” wasn’t our last goodbye. We had like two more goodbyes before I really got on the train to Bilbao – I looked into his eyes before the door closed – that made everything more exciting and intensive. 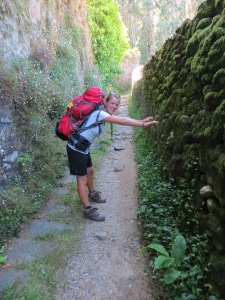 Now while looking back I know that the time on the camino was a process I needed. Actually you can imagine that time as a spiritual time, when people want to get to know more about oneself and you have those peaks and valleys and you live days fighting and smiling.
In that time I thought about a lot of things: about every little life story of myself, every little doubts, the past, my feelings, my wishes, my future, my experiences, my faith, myself and about him every little second while walking the historic St. James to Santiago de Compostela (Jess Die on the “Camino De Santiago Del Norte).

After 26 days walking and thinking I went back to Ávila! 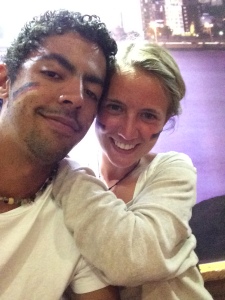 (Perfectly to the time of the final World Cup Game 2014!) 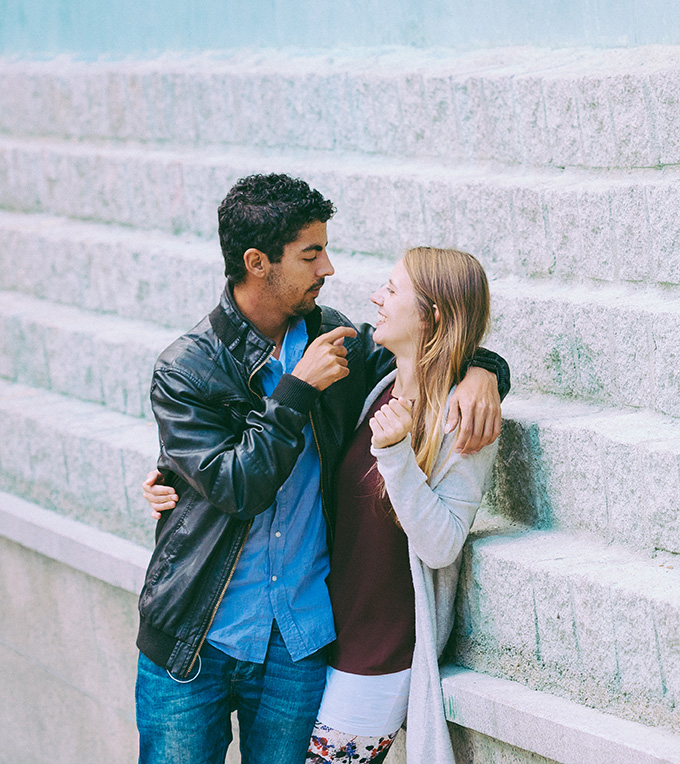